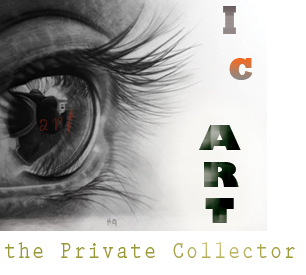 THE RISE OF THE PRIVATE COLLECTOR )
10:30 AM Conversation : IN THE EYE OF THE BEHOLDER
Collecting Art at the Emerging Level — Albert Barnes, Herbert and Dorothy Vogel, and Patric Mccoy mounted collections by acquiring works from emerging artists before they became famous.  Can Collectors learn to SEE ART and achieve the same type of dynamic collection? Can they move beyond collecting by becoming a patron and activist for their collection (#artcollectorism) ?   It’s all in the eye of the beholder. 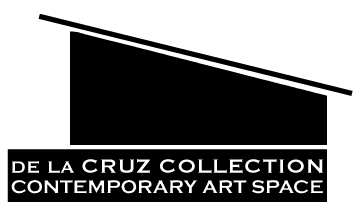 The de La Cruz Collection, was among a group of institutions named for exhibiting the 10 best private museum shows in 2015 (artnet news).  Join Black Art In America™ for coffee and conversation as we present the NRM PERKULATOR™ Discussion: IN THE EYE OF THE BEHOLDER: Collecting Art at the Emerging Level. When you join us you will see why the de La Cruz Collection is listed in the top ranks of Miami’s finest private collections.

The chatter in the ART world is: Conceptual Art is “academic” art today. Albert Barnes complained of the academic sameness of work produced in the art schools of his day. He challenged artists to find their own particular styles in painting, rather than mimic the current academic style. The author and art critic Tom Wolfe remarked back in 2003, that The Annual, published by the Society of Illustrators, “has been better than all the catalogues of contemporary art shows in New York put together”.  Here’s hoping: hooray, for the death of Conceptual Art: by Delacy Brown, December 5, 2011, states that, “Conceptual art, that is art driven by ideas rather than sensuous, emotional engagement has, he says, had its time, its 20 year reign over the art world expired” … the chatter grows louder.

Despite the fall and rise of academic art, the Collector / Patron is a consistent feature that nurtures the artist and supports the ARTS.

BAIA™ champions the Collectors and looks to them to identify new trends in collecting. We will have conversations and conduct interviews with Collectors, Patrons and progressive arts professionals about work they are focusing their eye on and how they see the current state of the ARTS.

How did Albert Barnes, the Vogels, Patric McCoy and the de la Cruz family accumulate power collections and what can we learn from their lead ?

Najee Dorsey, Founder / CEO of Black Art In America™ as well as Artist and Collector, will speak about Collectors, Winston and Carolyn Lowe, and Larry and Brenda Thompson. They are the face of a new movement coined, #artcollectorism — defined as: moving from passive collecting, to being actively engaged in the advancement of the art and artists within an individual collection.